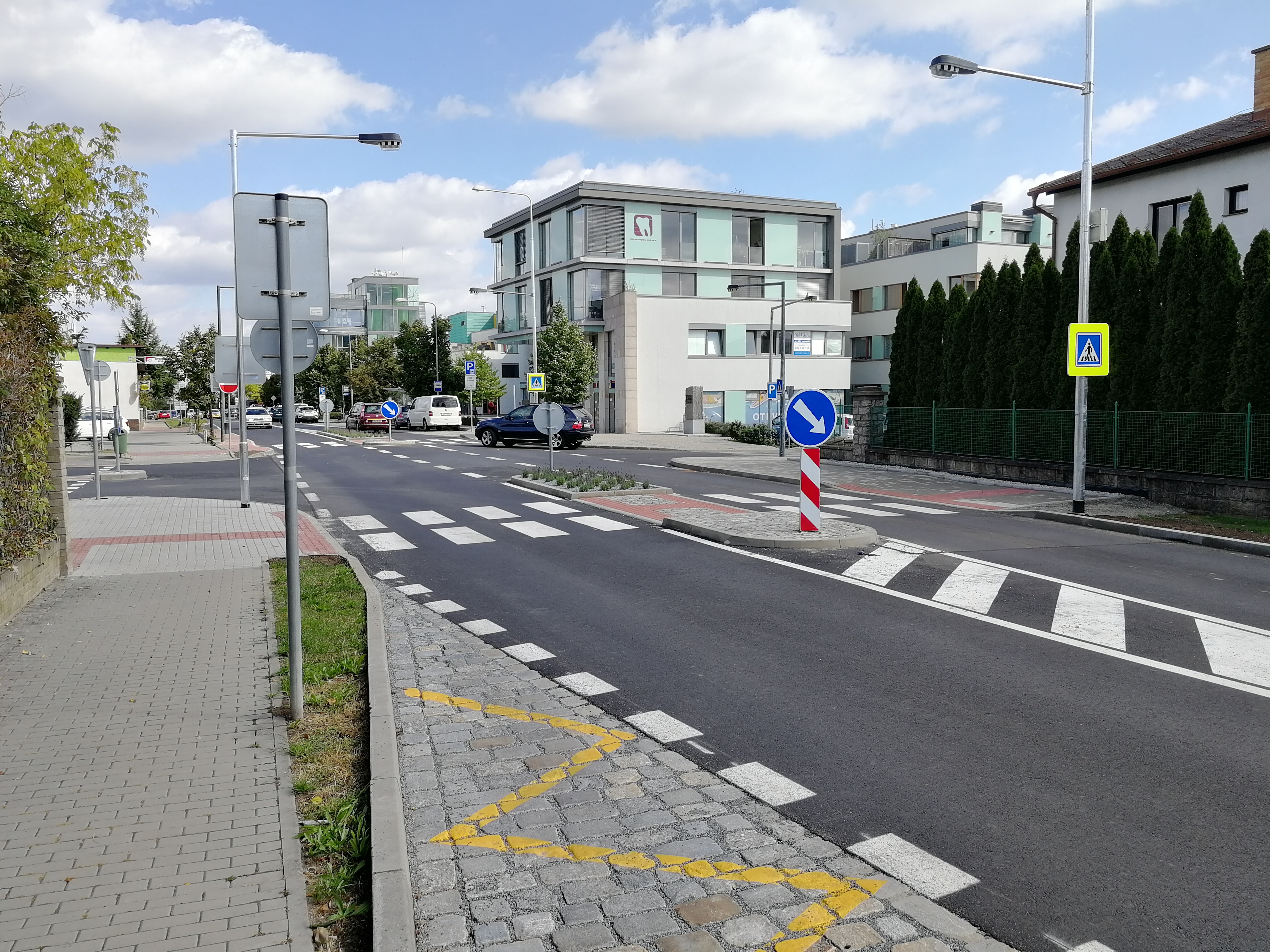 The reconstruction of the road Nr. 115 in the Černošice municipality was completed this year. Since the beginning of the project preparation in 2008, it was 11 years long before the last meter of asphalt was laid, the last traffic sign was fitted and the entire section was approved. 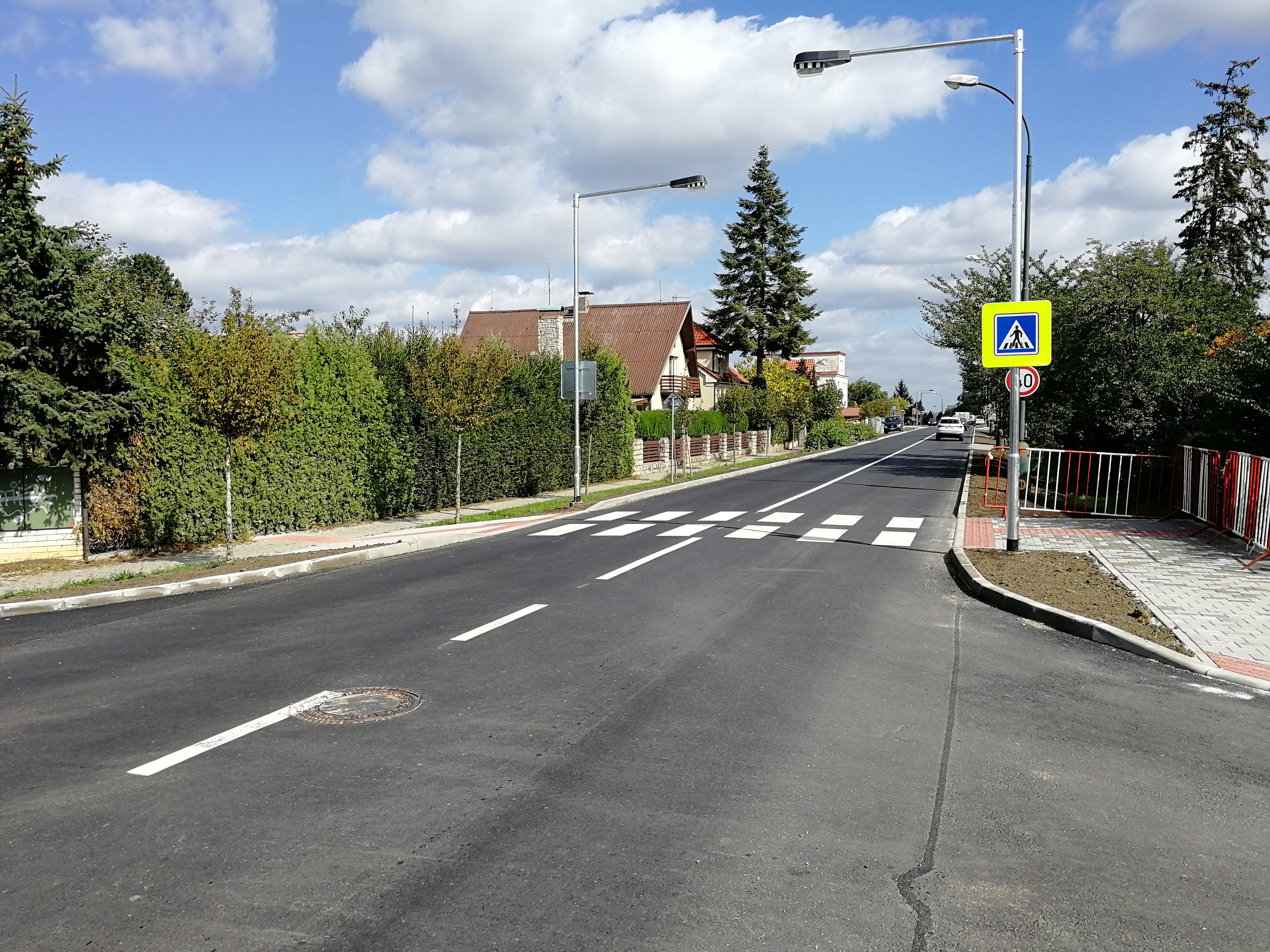 The length of the reconstructed section was 3.4 km, of which approximately 2.7 km was built-up in the area of the municipality. The reconstruction of the road has begun at the railway crossing in Černošice, the last meters were completed at the culvert over the Kluček stream in the direction of Dobřichovice. With little exceptions, the reconstruction of the road respected the existing width and height arrangement, as there wasn´t enough space in the entire section to improve all the existing design parameters. The road is either run in a built-up area or in a cut-off. In this section, the rock had to be partially remediated, starting right next to the paved road.
Part of the project was also the reconstruction of the rainwater sewer, which drains rainwater from the road and partly from the nearby local roads. The length of the new storm sewer line is about 1.8 km. During the construction of the sewer, it was necessary to deal with collisions with the historical sewer line, with the remnants of the previously demolished fuel station and other technical challenges that were discovered after the original road layers were uncovered. There were no historical maps of the sewer or of the other utilities for the design before the construction has begun.

One of the main goals of the design was also to provide an increment of the pedestrians' safety. New pedestrian crossings were being situated, existing crossings were reconstructed and modernized, including effective lighting. Pedestrian crossings are now barrier-free and meet the standards for blind and partially-sighted people. Furthermore, pavements were added, which was an investment of the Černošice municipality. Together with the new roadway, residents, and visitors of the municipality got brand new and modern bus stops.

Finally, the new road meets the requirements for a safe and pleasant stay in the public space for all. In particular, the addition of so many previously missing pedestrian crossings and sidewalks will contribute to increasing traffic safety. 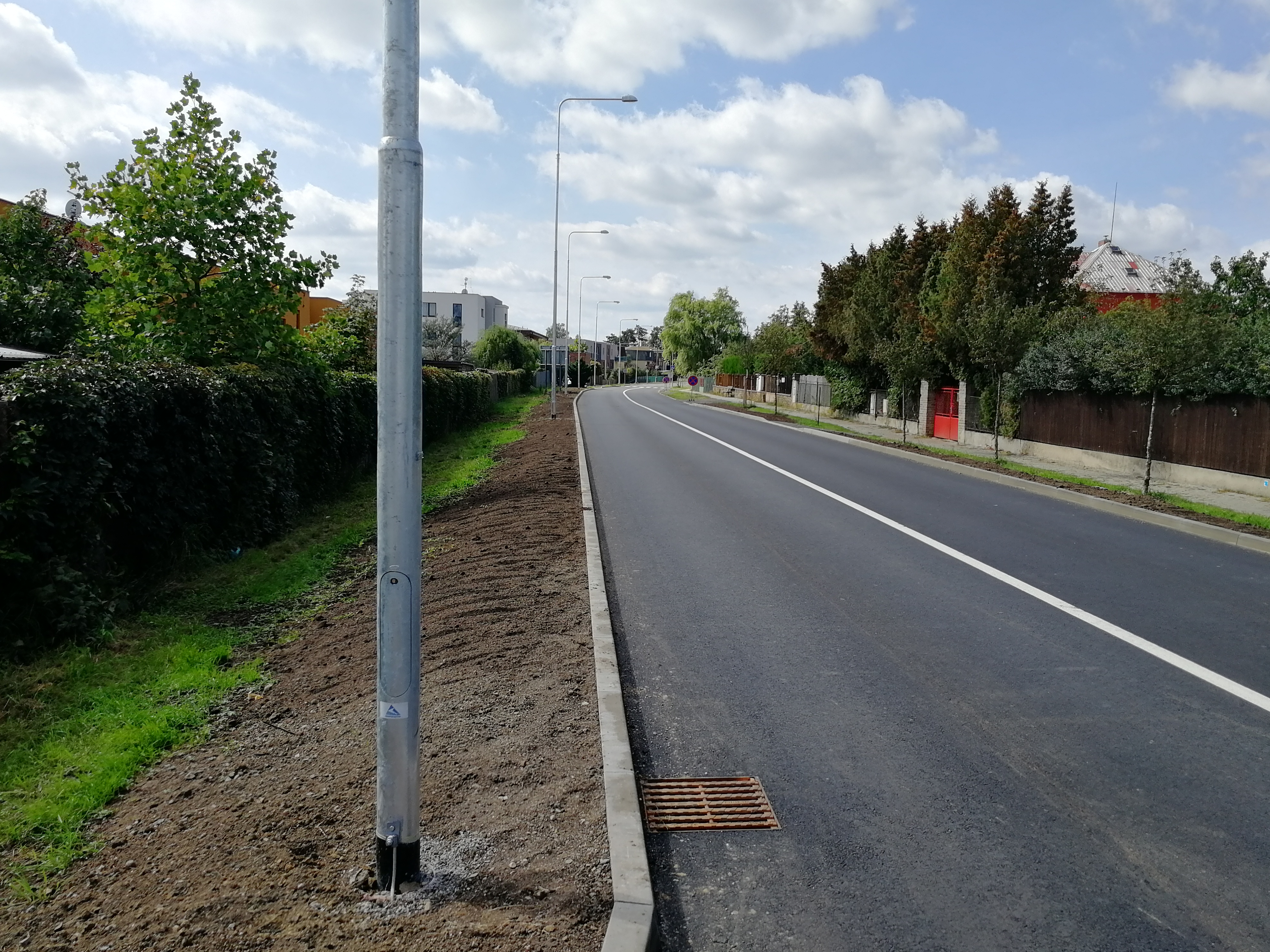 name
The reconstruction of road Nr.115 in the Černošice municipality

type of services
design and permitting