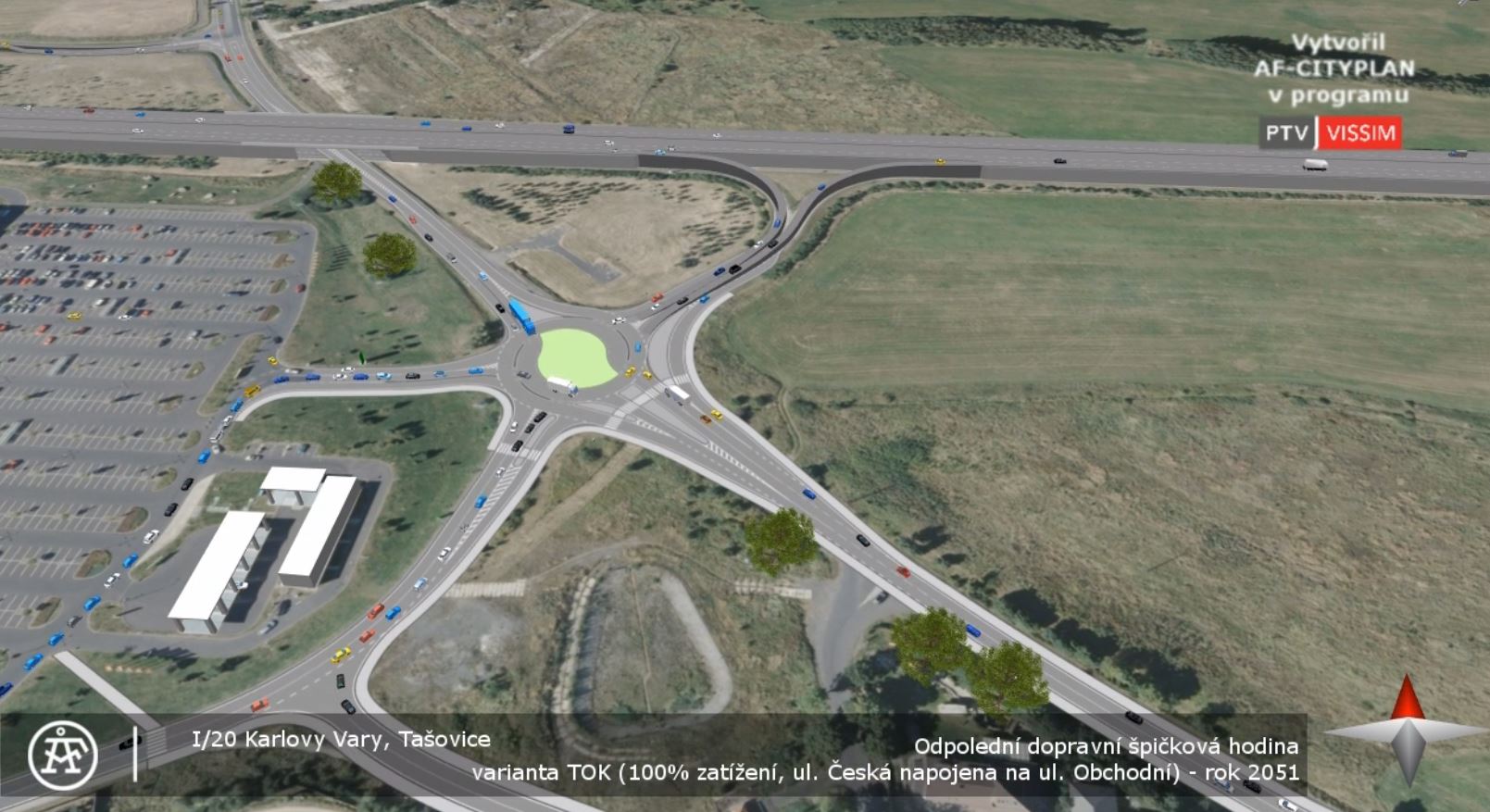 The aim of the study was technical processing of the existing roundabout and related road sections at the Globus hypermarket in Karlovy Vary. In its current form, it is long-term at its capacity.

In addition, further planned development may mean a further significant overload of the capacity of this intersection. In the light of this future development, we have proposed three options for solving this unsatisfactory situation, namely a turbo-roundabout, a light-signalled junction, and an interchange. 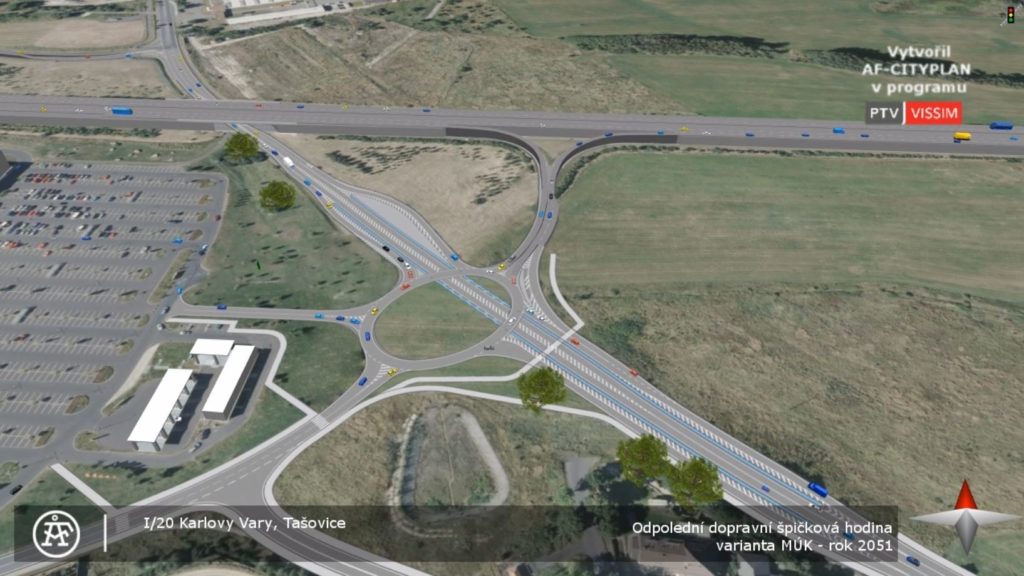 A tiered layout, a variant recommended by the processor

We evaluated the individual variants by means of microscopic simulation and then we evaluated each of them according to a number of criteria. This can help the customer to make the final decision as to which of the proposed variations is best suited to the junction. 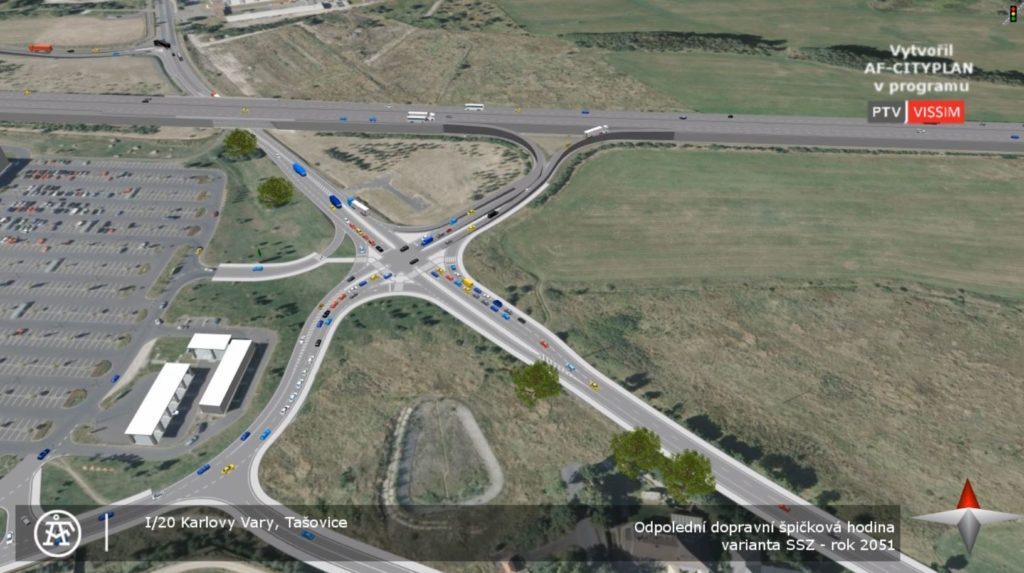 Light-controlled crossroad, the option that brings the least benefits

Our team recommended further monitoring and designing a variant of the flyover arrangement, which will reliably ensure adequate throughput of the intersection even in distant time horizons, i.e. after a planned significant load of communication due to the development of the related area in Karlovy Vary. The investor chose a variant of the turbo-arrangement, which will also significantly improve the throughput and traffic safety. 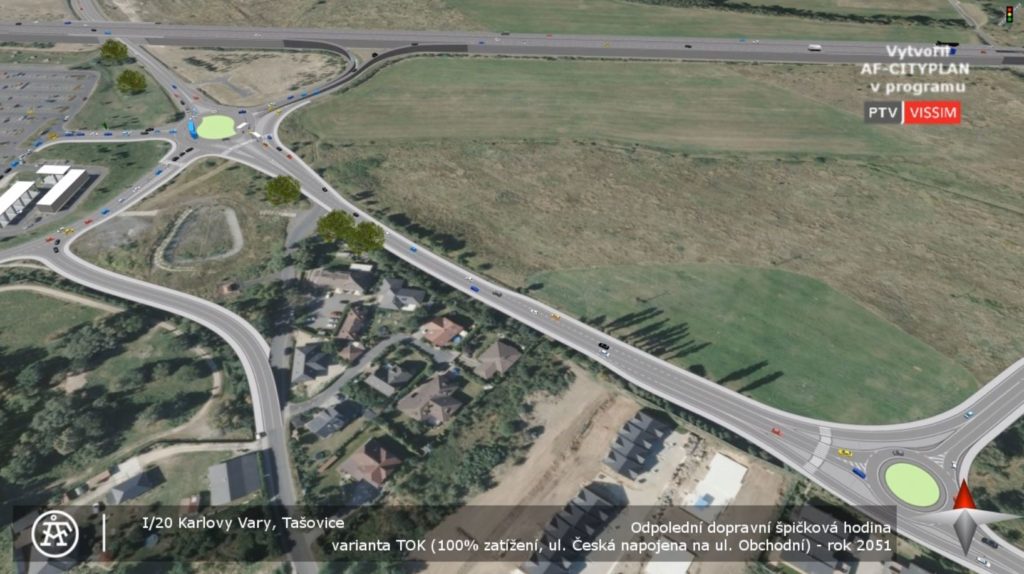